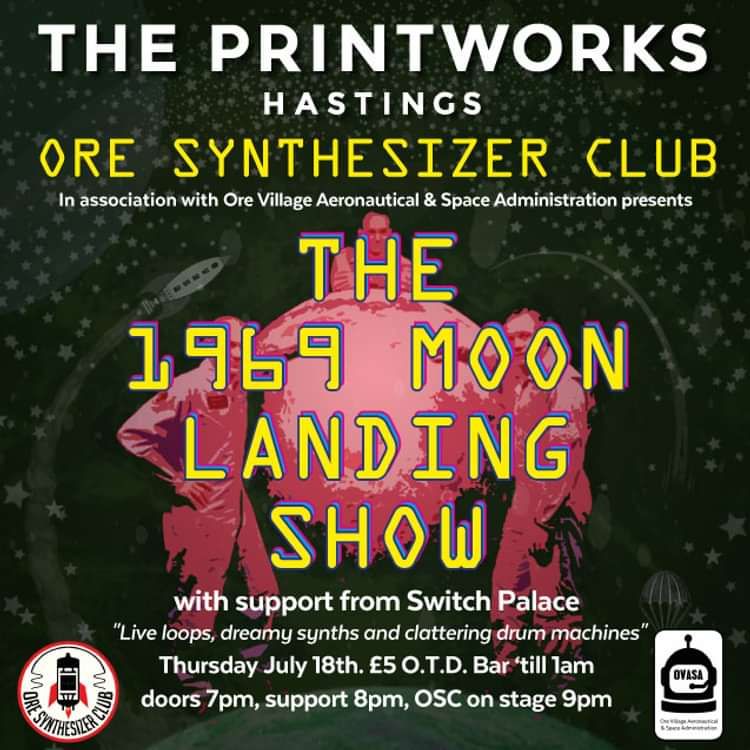 In celebration of the 1969 moon landing... An estimated 500 million people watched as Apollo 11 achieved Kennedy’s goal of a human landing on the Moon, and Neil Armstrong, followed by Buzz Aldrin, stepped onto the lunar surface on July 20, 1969.

To celebrate the 50th anniversary of this historic moon landing, The Printworks presents the Ore Synthesizer Club with support from Switch Palace. We are not expecting 500 million but we will be busy so get your tickets now!

Bar open till 1am!